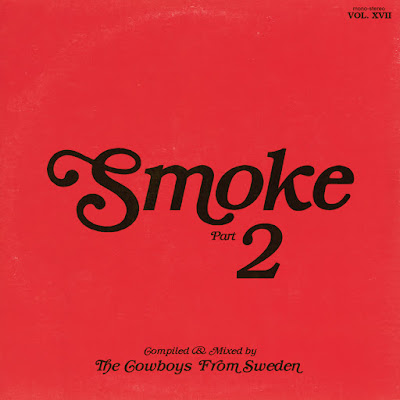 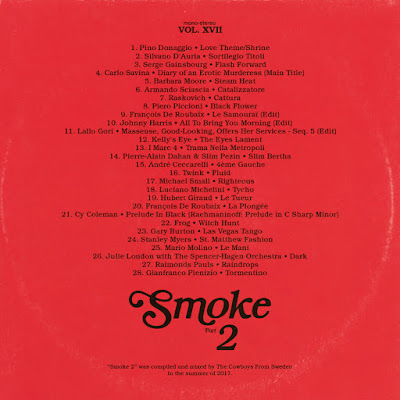 The Cowboys from Sweden return with "Smoke 2", the first sequel in my series of mix tapes as The Cowboys from Sweden... Not especially related in any specific way to my mix from 2009 (Smoke), other than the fact that this is a pretty beat heavy mix.  But really this is the darker more dramatic little brother of Smoke.  Plenty of heavy breaks and groovy bass lines on this one.  Some wild arrangements from some of the Italian library composers, introspective grooves and haunting atmospheres.  Even a few jazzy moments here and there (don't let the word jazz scare you away).  An entirely instrumental (lyric free anyway) mix with the exception of two tracks.  Over all this is a heavy mix of dark funk and psychedelic grooves, dramatic themes and murky/smokey atmospheres.  Drums, bass, organs, vibes!!! I hope you enjoy it! 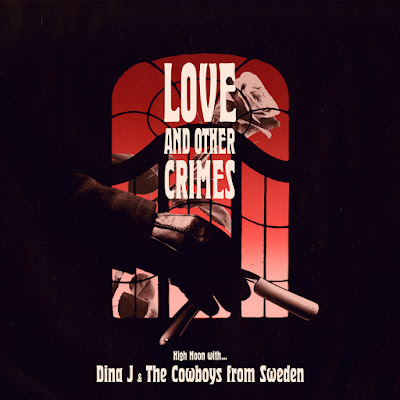 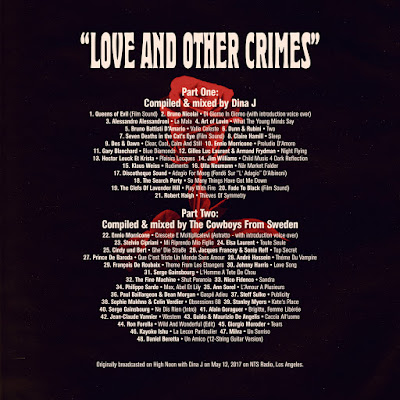 Last month I had the pleasure of doing a guest DJ set on my friend Dina J's radio show "High Noon" on NTS Radio.  She played for the first hour and I played the second.  Since we both have very similar tastes, I thought I would be fun to post up our collaborative set as a downloadable mix tape.  If you like my mixes, you'll be sure to enjoy Dina's!  Due to the length of the mix, I had to upload it in two parts. Links include artwork.  Enjoy this sprawling two hour cinematic journey!

For other excellent DJ sets by Dina, check out her soundcloud page here, and don't forget to listen in to High Noon here!
Posted by Nature Film at 9:30 AM 3 comments: 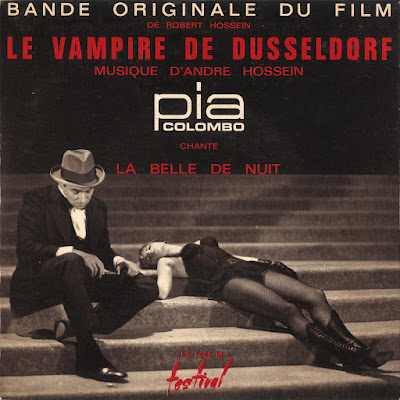 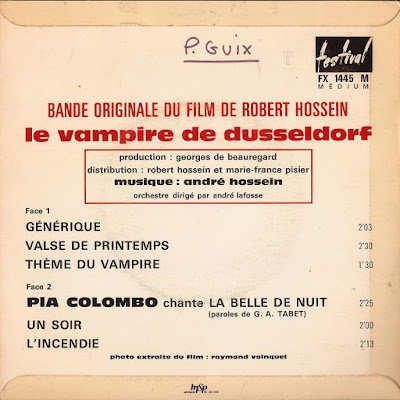 Here we have a cool little mini soundtrack EP by Iranian composer André Hossein for the 1965 crime thriller "Le Vampire De Dusseldorf" (The Secret Killer) directed by André's son Robert Hossein. I have not seen the film but according to IMDB, the film is the true story of Peter Kurten, a serial killer who committed nine murders in Dusseldorf during the great depression.  The music however is very stylish and cool.  Five tracks in all, ranging from cool hard-boiled low key creepy crawly crime-jazz, sweet sentimental waltzes, smokey after dark club jazz, party music and a really dramatic end theme that sounds like music from a 60s monster movie.  My favorite tracks on this little EP are the beautiful single "La Belle De Nuit" sung by the lovely French chanteuse Pia Colombo and Théme Du Vampire, with it's cool haunting melody reminiscent of Serge Gainsbourg's early jazz works.

Vinyl ripped from my personal collection, includes cover scans.  Get it here!
Posted by Nature Film at 7:00 PM 7 comments: 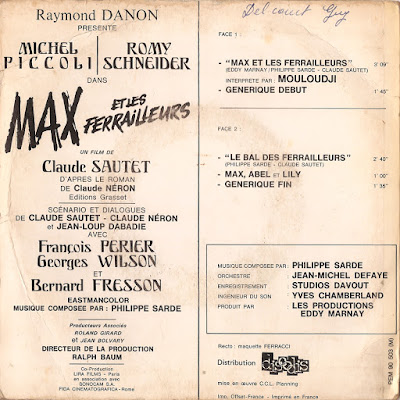 Here is Philippe Sarde's spooky 5 track mini soundtrack for Claude Sautet's 1971 crime drama "Max Et Les Ferrailleurs" (Max and the Junkmen).  We get a few versions of the very cool hypnotic, heavily percussive and some what militaristic feeling main theme song (the first version featuring French language vocals by Mouloudji).  My favorites on this one are "Le Bal Des Ferrailleurs" and the moody film noir-esque "Max, Abel Et Lily" theme.  I'm sure you won't be disappointed with this one!

Vinyl rip from my personal collection.  Includes cover scans.  Get it here.
Posted by Nature Film at 5:25 PM 3 comments: 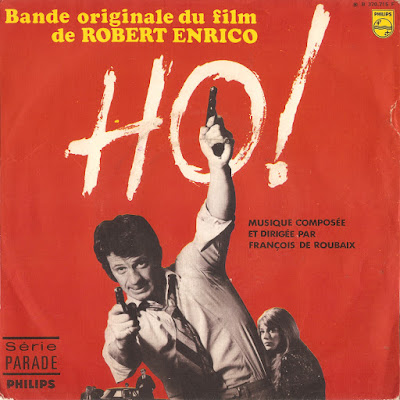 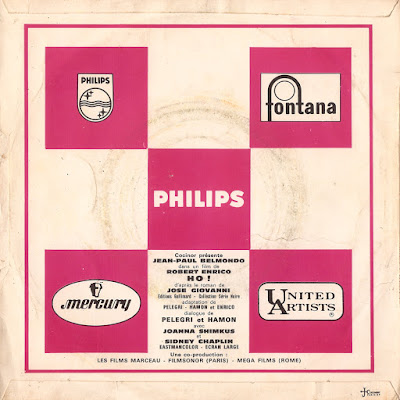 Here's a cool little four track EP by one of my all time favorite composers, Mr. François De Roubaix from the soundtrack of Robert Enrico's 1968 gangster film "Ho !" starring Jean-Paul Belmondo and Joanna Shimkus.  Musically on this one, we start out with some crazy high energy detuned bar piano stuff (sounds like a saloon scene from a western) with a song called Bénédicte, then on track two (a song called François Holin) we get a real treat with Roubaix showing us all what an insanely talented virtuoso he really is, playing some extremely fast and complex melodies, switching between piano and what sounds like tack piano.  After that, we get some standard old timey ragtime jazz with Générique and lastly one of Roubaix's unforgettable haunting crime themes (Le Revolver) that make an appearance on nearly everything he does.  He's simply the best.

Ripped from my personal collection for your listening pleasure.  Get it here.
Posted by Nature Film at 4:56 PM 1 comment: