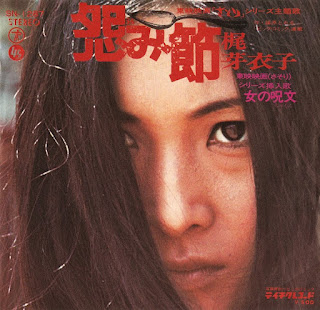 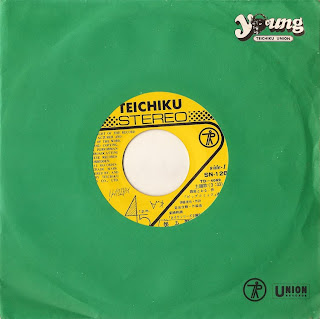 Here's a rip I did today of Meiko Kaji's classic hit song "Urami Bushi" originally featured (I believe) in her 1973 film "Female Prisoner #701: Scorpion - Grudge Song" (which I have not seen yet, but I'm sure it's very violent based on the other film I've seen in the series "Beast Stable"). Anyway, you probably all know the track since Quentin Tarantino used it in his Kill Bill films. "Urami Bushi" is backed with an equally catchy track titled "Onna No Jumon". I guess this music is in the Enka style, but I'm not too familiar with that phrase. To me it sounds like a mash-up of spaghetti western and yakuza gang music. ....Big guitars, swanky brass, low-key funky basslines, drums, marimbas & percussion, string orchestra.... This record is just about what I would call perfect music. Thanks to my buddy John for lending this single to me to be shared with all! 320 Rip. Enjoy!