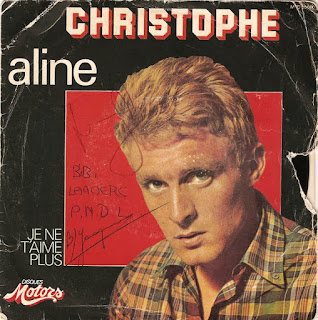 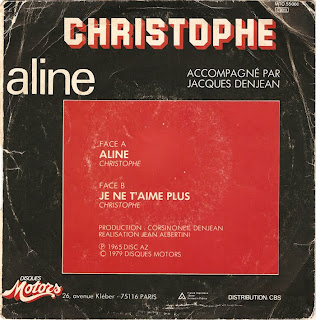 A few months back I found this rare Christophe Single in an "as is" dollar bin at record store. Turned out to be two really solid french pop tracks, so I thought I should share... Side A titled "Aline" is a lighter number, I assume they are both love songs although I do not speak French. Anyway, Aline is a breezy tune backed with a spector-esque wall of sound: rumbling bass, chink guitars, harpsichord, choir, strings.. The works... On the B side, we have "Je Ne T'aime Plus", which features the same production techniques as Aline but the tune is a bit darker, deeper, more serious with a slight western tint to the melody. Both tracks here are top notch Chanson and would seem at home on Françoise Hardy's debut album "The -Yeh-Yeh- Girl From Paris" from the same year. In fact "Je Ne T'aime Plus" is quite similar to miss Hardy's hit "Le Temps De L'Amour" which is one of my favorites. Give it a listen, the record is well loved, but still sounds decent considering it's age. 320 Rip from vinyl, with scans.