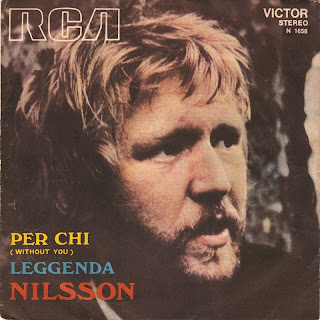 A few weeks back my friend Robbie (an infinite source of rare vinyl I can't afford!) found this rare Nilsson single on Italian Ebay. Side A contains an Italian language version of his smash hit "Without You". At the end of the song, he does switch back to English on the last chorus. A powerful song, now available in Italian. But the real winner here is side B, from what I can tell is an old Italian folk song called "Leggenda", which lyrically has something to do with trying to catch a butterfly (and I believe killing it in the process). The moral of the story is that we cannot catch our dreams. Anyway, the song is really catchy and kind of dark aside from the really uplifting bouncy baroque chorus. A rare gem in the vast catalogue of a musical genius! Give it a try. Ripped from vinyl, at 320 Kbps with cover scan included. I would have included the back too, but it was the same as the front...

Tracks:
A: Per Chi (Without You)
B: Leggenda

A rare single from Michèle Mercier... 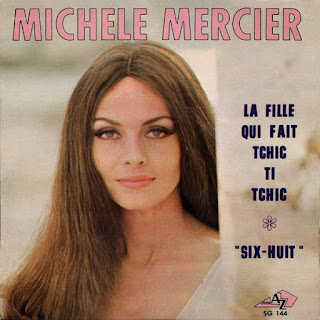 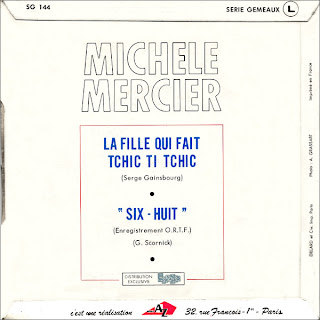 This is an extremely rare 7" single by actress Michèle Mercier. I've only seen one physical copy online before, so I actually had to Frankenstein this one together from 3 different sources over time. Two really cool tracks on this, it's a shame someone doesn't reissue it. Side A offers "La Fille Qui Fait Tchic Ti Tchic", a really catchy dark pop tune written by Serge Gainsbourg with some obvious help from Jean-Claude Vannier (heavy minor key orchestral stabs, shredding harpsichord). The song is about a girl who wears a metal dress that goes "Tchic Ti Tchic" when she dances (I think, I don't actually speak French). Side B is a flirtatious bouncy pop tune called "Six-Huit" written by Guy Skornik. Slightly less dark than the A side and a bit more up-tempo and funky (while still managing to pull off some top notch orchestration). Although I didn't actually create the original rips and scans here (thank you to whoever originally did!), these two tracks that are pretty hard to track down, so I'd definitely recommend grabbing it while you can... 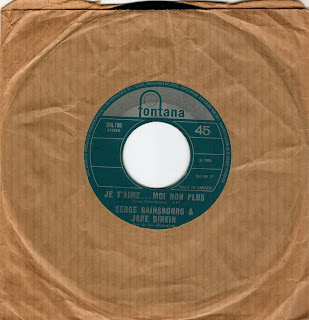 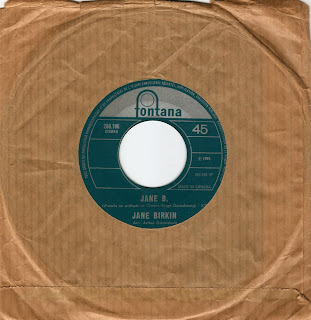 A few weeks ago I was browsing my friend Robbie's (the other Cowboy From Sweden) 7" collection and came across this one. I'm sure you all already know it, but I got excited about it and wanted to rip it since it was an original. Keep in mind, it is an original from 1969, so the sound is a bit dirty, but perhaps not as dirty as the music (ha ha)... Anyway, I am huge fan of both of these tracks, Jane B being one of my all time favorites. Both tracks were originally featured on the "Jane Birkin Serge Gainsbourg" LP that was released in 1969 by Fontana. This album is probably the holy grail of sleazy pop chanson, filled with innuendo and blatant sexually charged tracks (69 Erotic Year, Les Sucettes). I think probably enough has been said about "Je T'aime...Moi Non Plus" already, so I don't really want to throw in my two cents, but I will say that it is a masterpiece of liturgical erotica (if that genre exists). I will say a little about "Jane B" however. The melody of the song is based on Frédéric Chopin's Prelude No. 4 in E Minor (one of the "five easy pieces" featured in the 1970 Jack Nicholson film). The other thing about the song that blows my mind is the lyrics which happen to be very cryptic and strangely conceptual for such a pretty tune. The lyrics read as a police report of a missing girl (probably murdered).

Anyway, so now I'm done with my little history lesson, here's the link. Ripped at 320 Kbps with scans included. As always, comments make this more fun...