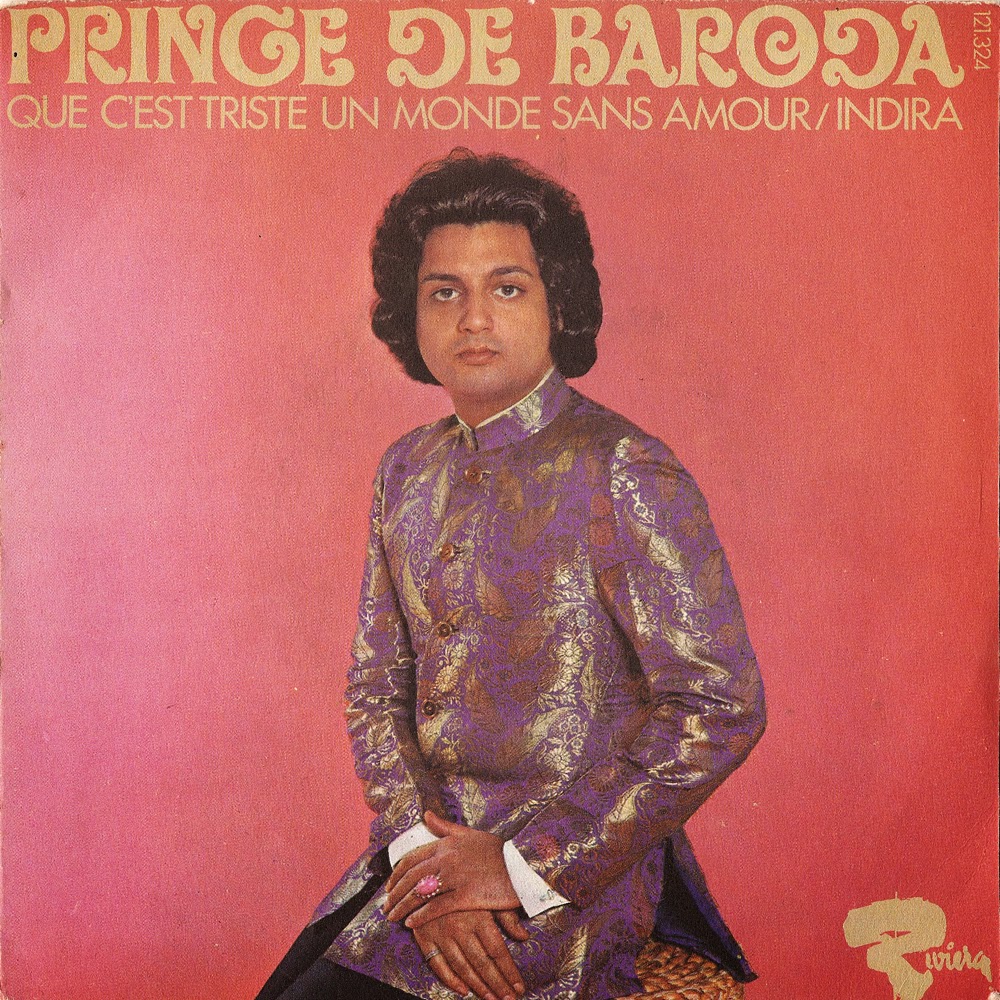 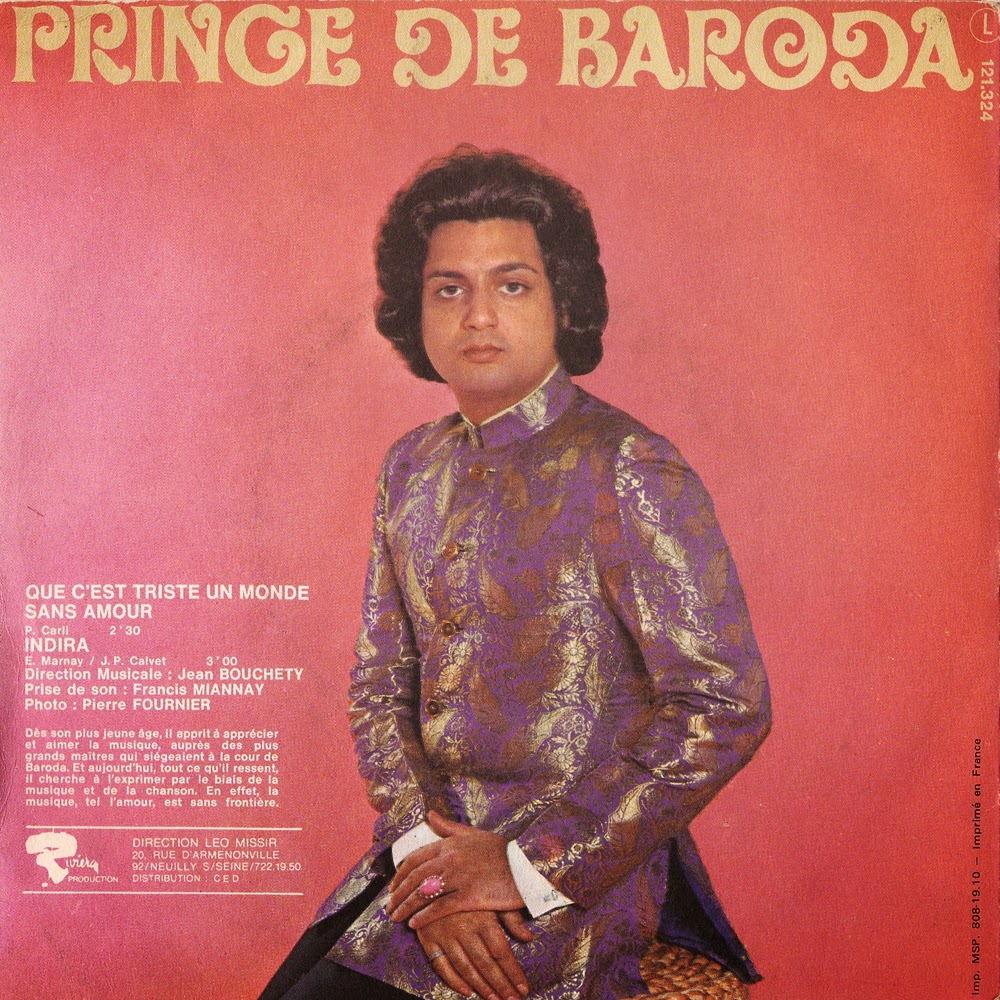 Okay, it's been a while since I've posted anything new here.  So here's an obscure little treat for fans of bizarre seven inches.  Here we have a two track single by Prince De Baroda.  I assume he's a real prince, but haven't had much luck finding out anything about him (feel free to fill me in).  Anyway, oddly enough these songs are sung in French and are quite beautiful actually.  On the A side we have "Que C'est Triste Un Monde Sans Amour", an nice melodic ballad actually written by Patricia Carli and on the B side we have "Indira" written by E. Marnay and J.P. Calvet, another pretty love ballad.  The most important thing to point out here is that these tracks were produced by Jean Bouchety who happened to compose one of my favorite KPM lps (The Magic of Bouchety) and a million other things.  So on both tracks we hear that signature Bouchety sound with an obvious eastern flair (sitars, tablas etc.).  But overall this is similar to the typical French pop sound, nice break beats, strings, groovy bass lines.. The works.  I'm not sure what else to say about this one.  I guess if you are aware of it already, I think we'd get along quite well.  This records doesn't exactly appear out of thin air, it took a bit of work to track it down.  So hopefully some of you will enjoy it as well.  320 rip from vinyl.  Include cover scans. Enjoy.